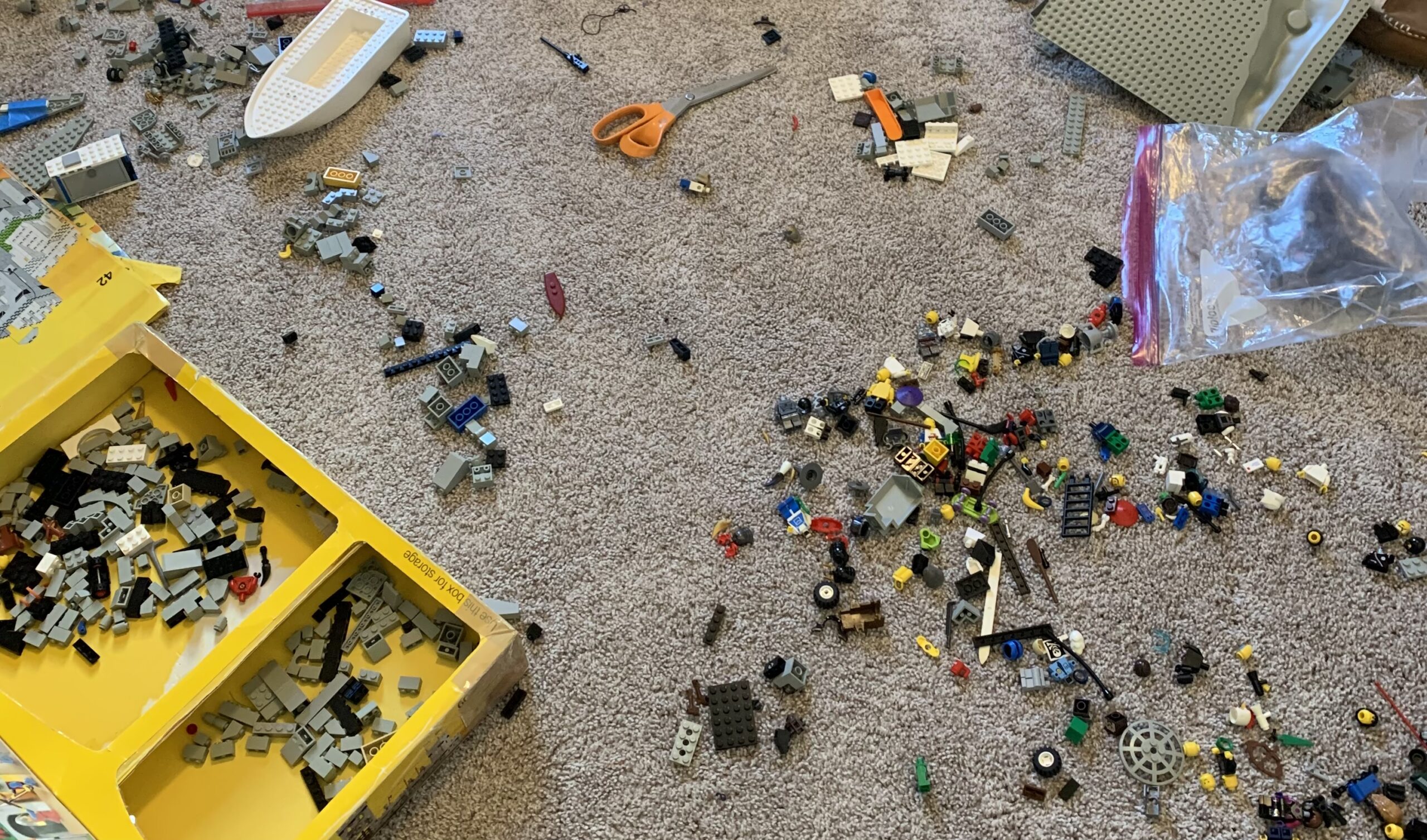 Becky and are in the midst of a wonderful week of having our oldest grandchild with us for a visit.  Caleb is 12 years old and is at that great age of being conversational and engaged with little of the attitude that sometimes, or at least stereotypically, infects children two or three years older than he is. So far, the week has been full of lots of laughter, and we are loving it.

But Caleb is 12.  Along with conversational comes opinionated and, yes, occasionally argumentative.

Caleb is 12.  Among the many joys of having him here is seeing him delight in the LEGO sets that once belonged to his dad and his aunts.  And since you asked, I do think those old LEGO sets are superior to the new LEGO sets in the way they allow creativity and imagination – fewer of those one part with one use pieces.

Caleb is 12. The photo above is of the bedroom floor after a day of LEGO play.  As I said, Caleb is 12.  When I told him he would need to do a little clean-up before bedtime, he argued that there was no need since he’d be playing with LEGOS again tomorrow.  I told him that we needed to pick up the LEGOS in the off chance that Becky or I might need to come in during the night and that we did not want to step on LEGO pieces with our bare feet. He said that was unlikely and, besides, we could clear a path to the bed if needed.

In the end, Caleb and I picked up all the LEGOS together and made quick work of it.

In our partisan age, we have many battles to choose.  Climate change, foreign policy, economic theory, racial justice, gender identity, and more actively recruit soldiers to their cause.  In the church we battle over theological perspectives, egalitarianism and complementarianism, mode of baptism, style of worship, missional identity, and a thousand other causes.  Partisanship demands of us that we both have a position and advocate action on every issue. Join the battle!

Please, pick your battles wisely. Decline the call to enlist – dodge those who wish to draft you into their cause.  Multi-front wars are hard to win.

How to pick our battles wisely?  The Christian’s task may be easier than the culture warrior’s task.  If the text doesn’t say so, neither should we.  Pick your battle wisely by picking your text wisely. Pick your text wisely by reading widely in the word. It is the whole counsel of God, after all.

Pick your battles wisely. And a word from experience – beware the LEGOS on the floor. 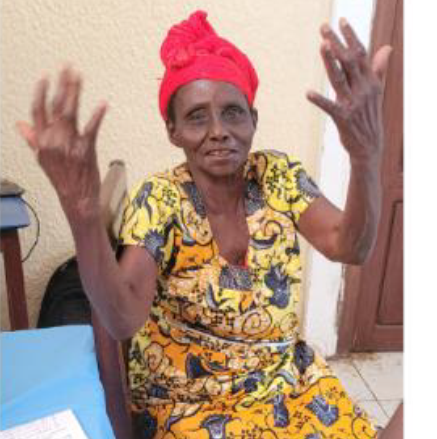 Thanks to those of your who indicated an interest in knowing more and possibly supporting Dr. Toney’s work in the Congo.  I will have more information for you soon.

And let me know if you would like to know more. Use the contact form on the top navigation bar.