I have moderated my fair share of meetings, session meetings and presbytery meetings in church polity speak.  There’s something satisfying about coming to the end of debate, hopefully friendly conversation, and to the vote.  “All those in favor say, ‘Aye.’” Then, “Opposed, ‘Nay.’”  Usually, not always, I would pronounce, “The ayes have it. Motion carries.”  It’s how we do things, and it mostly works.

It seems, though, that we are more and more living in a world where the nays have it, and it isn’t working well. 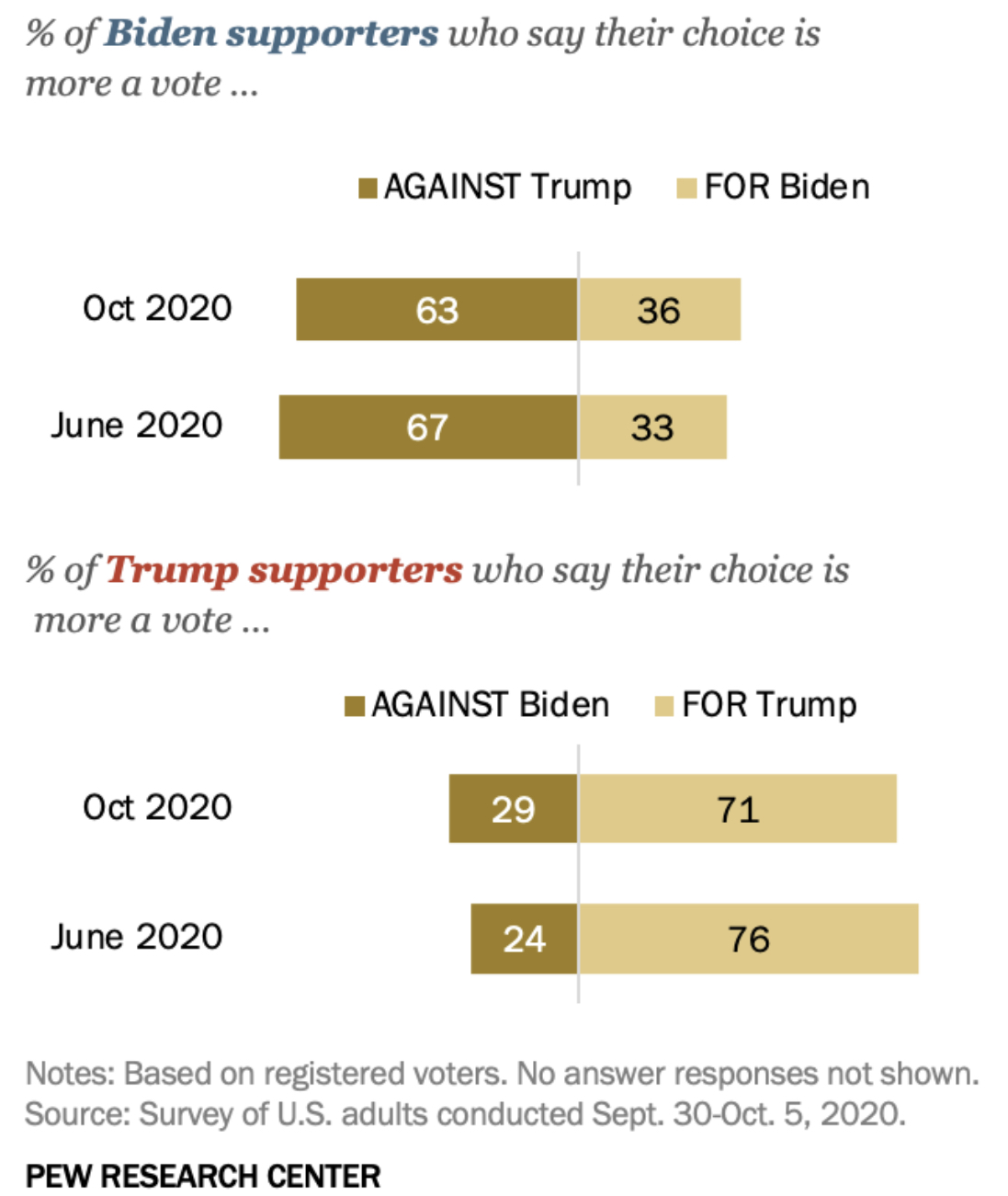 There’s a good chance that no matter which presidential candidate garners the most votes, popular or electoral, on November 3, the nays will have it.  Pew Research has probed our voters’ minds and we seem to be more against than for.  Should former Vice President Biden win the election, a vote against President Trump will have propelled him to the White House, and, barring an unexpected landslide, should President Trump be re-elected, his margin of victory will come from those voting against Joe Biden.

It looks like the nays are going to have it.

It doesn’t take a poll to say so, though they say so; intuitively, personally, we experience a world where too often the nays have it.  Whichever candidate gets our vote, many of us will vote nay on November 3.

We must, however, do more than just allow the nays to have it, no matter how worthy the nay.

If I recommend a restaurant and tell you to be sure to order the chicken because at least it’s better than the salmon, it’s not much of a recommendation.

It is important to say nay to injustice. It’s more important to say aye to justice. The prophet’s call is not to eschew injustice, to hate unkindness, and to avoid walking on the arrogant side of the road.  We are to do justice, love kindness, and walk humbly with our God. The Samaritan is not commended for condemning the priest’s and the Levite’s lack of compassion. He is commended for his own compassion.

When we go to our polling places on November 3, or mail our ballots before then, we may finally, even faithfully, vote nay no matter which candidate gets our vote.

But, oh, for a time when the ayes have it.

After all, and with apologies to the Apostle, all the promises of God find their “aye” in Christ Jesus.

I’m preaching at Saint Andrew EPC  again this coming Sunday.  If you’re interested, you can catch the live feed at 10:15 or the recording afterwards.  https://www.facebook.com/StAndrewEPC