Sometime in the late 1950s, certainly before the current Sanctuary was built in the early 1960s, Cunningham Hall, the old house, was knocked down to make way for a parking lot. That’s what Americans did in the 1950s.  Some of us have parked right on top of the spot where the old house used to stand, and, who knows, maybe the pastor’s office is where the old front porch used to welcome passers by. 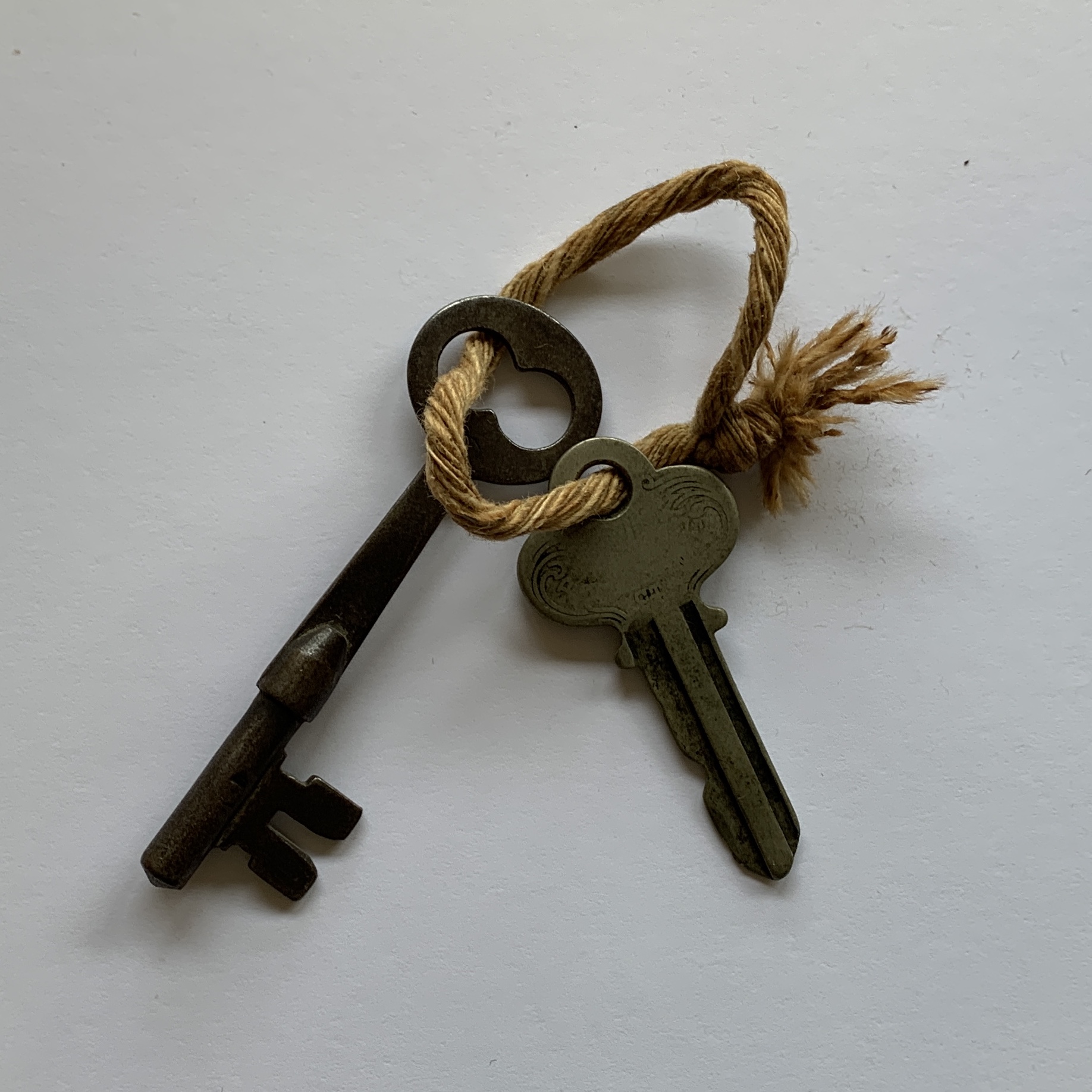 With the date of Becky’s and my departure from LPC approaching much too quickly, I am trying to remember to tell the staff a few tricks of the trade I’ve picked up along the way.  You know, why you have to go upstairs to reset the circuit breaker when a coffee maker downstairs blows the thing, or how to get the elevator to quit making that horrendous buzzing sound.  While we were at it, we went down to the “old wing” (remember the “new wing” was built nearly 35 years ago) to take a look at the fire alarm control panel.  And there on the inside of the closet door was a key rack I’d never noticed before.  Among the keys hanging on the rack was a set marked “Cunningham Hall.”  My guess is they’d been hanging there, untouched, for nearly 65 years.

Who says the church is slow to change?

And lest you take that as criticism, which it might be, remember the greatest treasure given the church is meant not to change. The gospel should not be updated or a new and improved model installed in the church’s control panel.  I pray that LPC is never tempted to change the message of Christ, and message of redemption, of hope and of love, that has been the hallmark of its ministry for 131 years.

As far as I am concerned we may as well allow the keys on the key rack on the inside of the fire alarm closet door to hang there another 65 years.  But, remember, they are quaint, not useful.

There are other things hanging on a rack named “we’ve always done it that way,” that are neither useful nor quaint. They tend to get in the way of our unchanging Gospel work.

LPC is embarking on an exciting journey; we might say the journey we are on continues. The time between called pastors will be led by a team of committed and talent disciples God has called for just this time. Tyler, Casey, Eric, and Brian, we can hardly wait to see what you will bring to our life together.

Even this horrible time of lockdown might give us pause to consider how best to use the changes that will be an inevitable part of a return to a less stressed time and how to create changes that will enable LPC faithfully to give witness to the Gospel of Christ in tr 2020s and beyond.

I wish I could have walked through that big old house that was the next door neighbor to LPC up until sometime in the 1950s.  But, really, it’s more exciting to think about what God is going to do in and through LPC in the 2020s.