It was a good funeral, and having officiated at several hundred funerals, I think I know a good funeral when I see one.  The setting was magnificent, the music was wonderful, and the guest list was impressive.  I am talking, of course, about the past Monday’s funeral for Queen Elizabeth.

But it was not the magnificence of Westminster Abbey, the wonder of the pipe organ and the choirs, or the impressive guest list that made it so good. Yes, there were those things that seem to be a part of most funerals.  Like a favorite grandchild who must be given some part in the service, they let the Prime Minister read the Gospel lesson.  Like the favorite grandchild who has no idea what Grandma’s faith was all about, the Prime Minister, who says she is not a “practising Christian,” seemed awkward as she read the words of life.

What makes a funeral good is when the deceased is remembered well with reminders of who she was rather than funny stories about embarrassing situations involving her. In a good funeral, the grief and the sorrow of the deceased family is acknowledged and honored with no condescending lines about being free from pain or in a better place. In a good funeral the favorite grandchild who must have a part is given something to read even if, like a Prime Minister, she doesn’t believe or understand a word of it. A good funeral is always over in less than an hour and never allows an open mic for those who might wish to share just a short story. END_OF_DOCUMENT_TOKEN_TO_BE_REPLACED

I have been thinking about evangelism.  Our denomination has made evangelism one of its top strategic priorities.  We keep hearing the tagline, “Put the ‘e’ back in EPC,” meaning evangelism, I think.  Our leaders may have forgotten that there is a difference between the broad and rich term “evangelical” and the narrower term “evangelistic.”

That is not to say that evangelism is not a good thing. Evangelism is, according to the Evangelical Dictionary of the Bible, “the proclamation of the good news of salvation in Jesus Christ with a view to bringing about the reconciliation of the sinner to God the Father through the regenerating power of the Holy Spirit.” Sounds good to me.  Yes, evangelism is about much more than getting people – by whatever means – to ask Jesus into their hearts.

In our Reformed Tradition we talk about our “effectual call.” The God who knew us and loved us “before we were formed in the womb” (Jeremiah 1:5), calls and claims us in Christ. The Westminster Confession speaks of those who are effectually called this way: “(God) calls them by his word and Spirit out of their natural state of sin and death into grace and salvation through Jesus Christ. He enlightens their minds spiritually with a saving understanding of the things of God.  He takes away their heart of stone and gives them a heart of flesh. He renews their wills and by his almighty power leads them to what is good. And so he effectually draws them to Jesus Christ. But they come to Jesus voluntarily, having been made willing by God’s grace.” END_OF_DOCUMENT_TOKEN_TO_BE_REPLACED

I have been preaching regularly of late, though I am not the regular preacher. A few years ago, as I thought about retirement, I was pretty sure I did not want to become an interim pastor, and I had lots of good reasons to steer clear of the title and the task.  With a little bit of semantical trickery and the indulgence of a kind congregation, I have been able to avoid the fate I did not want.  I am Moderator of the Session and “Transitional Coach.”  I preach two or three times a month and I am helping in preparations for a pastor search.  I hope to be out of a job by spring, Lord willing.

Don’t tell anyone, but I am enjoying it.  I like the kind congregation and the preaching and coaching is quite a bit of fun.

I am not sure it is wise to call preaching fun, however.  It is a task like no other and familiarity with it is a great danger. John Calvin called the pulpit “the throne of God, and from that throne he wants to govern our souls.” For Calvin, preaching and the sacraments were means of grace.  “Wherever the Word of God is purely preached, there a church of God exists, even if it swarms with many faults,” he wrote. END_OF_DOCUMENT_TOKEN_TO_BE_REPLACED

Three weeks ago I mentioned an experience with a (not so honest) used car salesman. More on that in a minute.

Becky and I are so happy to help our Afghan refugee friends as they settle into a new life in the United States.  Part of that help has been in coming alongside them as they navigate the processes and procedures of our bureaucratized culture.  Becky has dealt with all things school related and I have dealt with other financial and legal concerns, including the title and registration for a used car.

Three weeks ago, I thought we were close to the end of our two-month-long saga with assurances from the used car salesman that, better late than never, he had finally filed all the correct forms with the Bureau of Motor Vehicles.  So much for assurances from used car salesmen.  It took three additional weeks, more emails, phone calls, and a face-to-face with the owner of the used car lot, but yesterday morning our friend and I went to the local BMV office with all the correct documents, and, yes, title and registration work was completed.  Finished. Done. END_OF_DOCUMENT_TOKEN_TO_BE_REPLACED 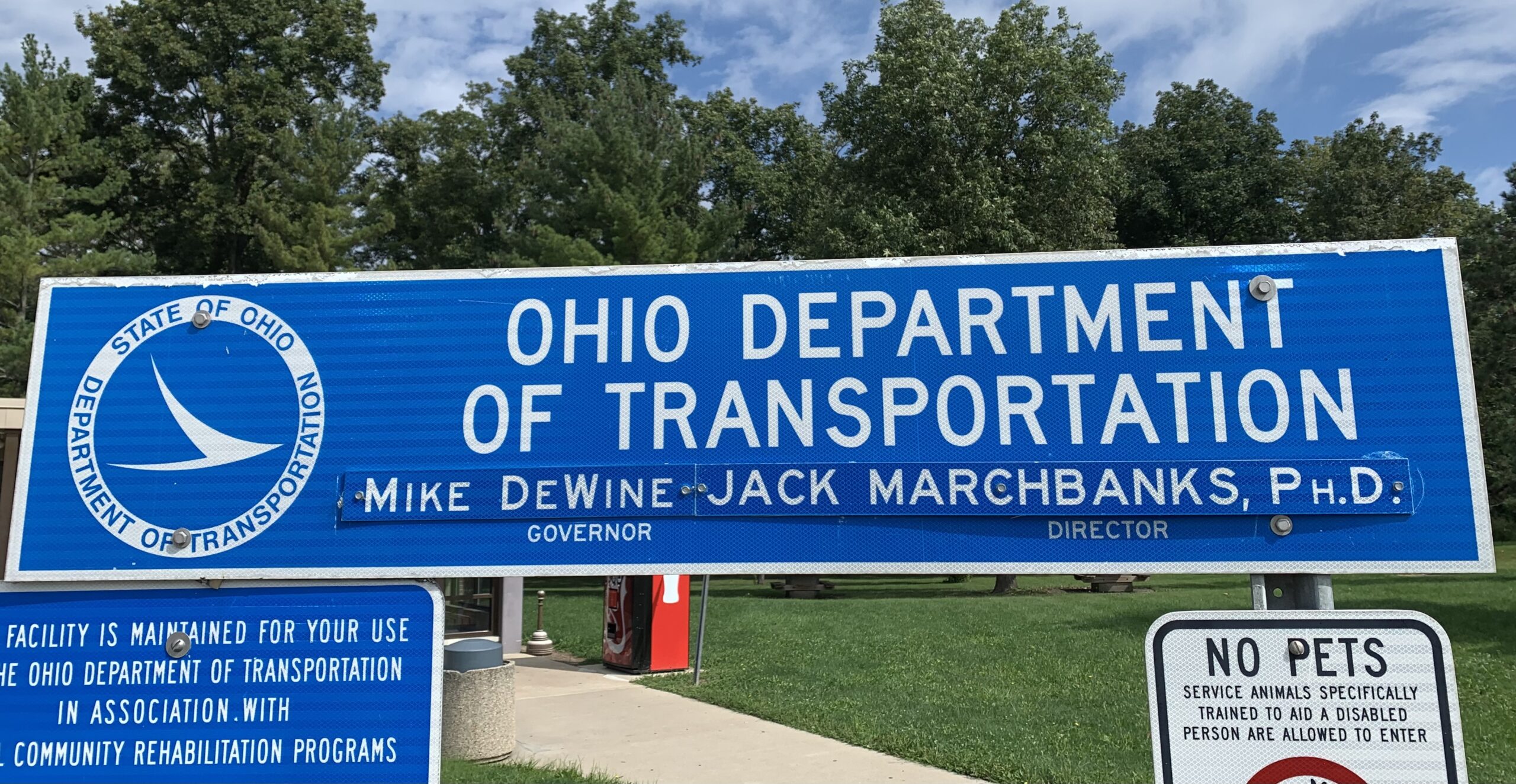 For by the grace given to me I say to everyone among you not to think of himself more highly than he ought to think, but to think with sober judgment, each according to the measure of faith that God has assigned. Romans 12:3

Becky and I were in Ohio this past weekend.  On the way home, we stopped at a rest area where a sign posted by the Department of Transportation offered the names of the governor and the director of the department.  Maybe we were meant to be thankful to Governor DeWine and Director Marchbanks for their kindness in placing the rest area where it was placed. It was in the perfect spot for us when we visited it last weekend.

But it seemed that Director Marchbanks not only wanted us to know of his great foresight in having the rest area right where we needed it, he also wanted to do a little bit of bragging about his academic achievements.  “Jack Marchbanks, Ph.D., Director,” the sign said.

I was tempted to google Director Marchbanks to learn more. Is a Ph.D. required of the directors of Ohio’s Department of Transportation?  In which field did the director earn his degree? Medieval Philosophy? Art History? Bureaucratic Management?  Rest Area Design?  Or maybe I would learn of the hardships and obstacles Director Marchbanks overcame to gain his Ph.D.

In the end, I decided that the details of Director Marchbanks’ degree really don’t matter. END_OF_DOCUMENT_TOKEN_TO_BE_REPLACED