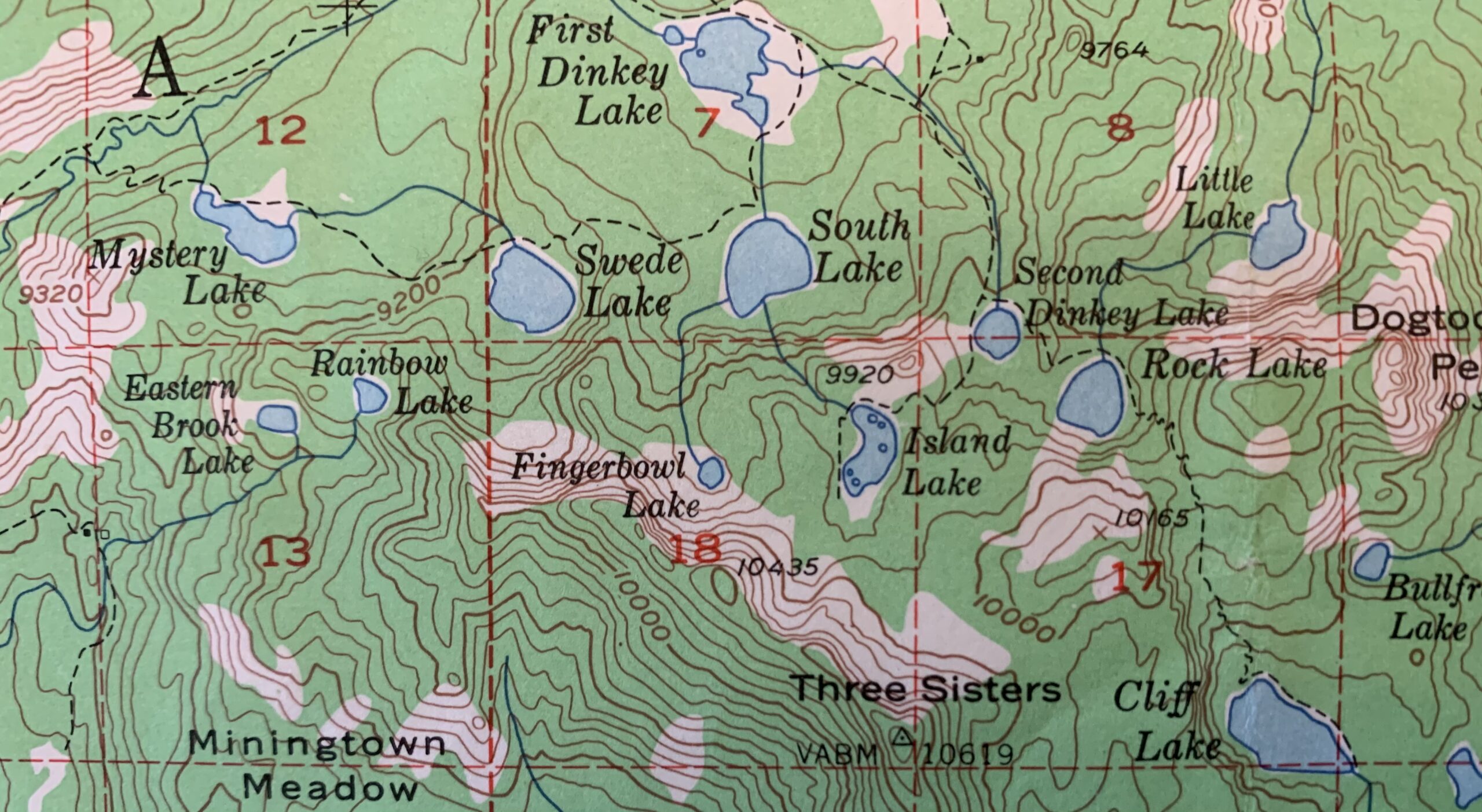 In my high-country backpacking days, we would use topographical maps and a compass to try figure out exactly where we were and how we might get to where we wanted to go. Using the compass to orient the map, we’d determine a couple of distant peaks or landmarks indicated by the contour lines on the map and shoot the bearing of each of them. The theory is that your location is where the two lines drawn on those bearings intersect.

Of course, ask anyone who’s done much high-country backpacking about the time they got lost.  I remember when my friend Norm and I had taken some of the middle school boys from the youth group at church on a Memorial Day weekend trip into the Dinkey Lakes Wilderness of the Sierra Nevada. We were still below timberline, but patchy snow covered the ground and it was not always easy to stay on the trail. A thick overcast filled the sky, so not even the sun could tell us the direction we were headed.

After wandering off trail for a while, it became apparent we weren’t quite sure where we were, so we stopped to take a look at the topographical map. The tall pines of the forest obscured the  view of any landmark, and nothing around us looked much like what was described by the contour lines on the map. I think we finally decided on something that must be the peak we were looking for, which would have put us north of where we thought we were.  About the time we decided we should head south, or what we thought was south, one of the boys, or maybe it was a greenhorn dad along for his first trip into the high country, asked impertinently, “but doesn’t moss grow on the north side of the tree?”  I think the compass proved our detractor correct, and all I know is that we made camp that night at Island Lake as planned.

When Luke tells us that Augustus was emperor in Rome and Quirinius governor in Syria, he’s giving us a couple of historical landmarks we might shoot, the intersection of two bearing lines being about the time Jesus was born. Add Matthew’s sighting of Herod the Great in Jerusalem, and we ought to be able to triangulate our way to a pretty accurate birthdate for Jesus – within a year or two, anyway.  Easier saId than done, and the scholars still argue about this date and that as the correct date for the birth of Jesus. Some of those scholars seem to have forgotten that moss grows on the north side of the trees.

It may be, though, that Luke and Matthew are doing more than helping us locate the birth of Jesus in world history, though certainly it is one of things they want to do.  This story took place in real time and at a real place with real people.

With Luke’s Augustus and Quirinius and Matthew’s Herod as landmarks for our bearings, we discover not just that Jesus was born sometime between 6 and 4 B.C., but that he was born at a hard time in a difficult place and among a discouraged people. The chokehold of Caesar’s legions was heavy on the people of occupied Judea and Galilee. Quirinius’ bureaucracy administered no justice, and Herod’s despotism was as unpredictable as it was deadly.

In the words of poet Madeleine L’Engle,
That was no time for a child to be born,
In a land in the crushing grip of Rome;
Honour & truth were trampled by scorn–
Yet here did the Saviour make his home.

The poem, written four decades ago, begins, “This is no time for a child to be born/with the earth betrayed by war and hate.”

Not much has changed in four decades or two millennia.

But when the angel announces the birth in Bethlehem when Augustus was emperor in Rome, Quirinius the governor in Syria, and Herod king in Jerusalem, there is no mention of Rome’s oppression, the bureaucrat’s corrupt ways, or the despot’s tyranny. Rather, “good news of great joy that will be for all the people.”

When we triangulate the bearings taken on Augustus, Quirinius, and Herod, we discover that we are not lost. We have found joy – or might we say that we have been found by joy.

This week we light the pink candle on the Advent wreath, the joy candle.